‘Sealskin’ is a wonderful elaboration of one of the ancient legends of the selkies, seals which come onto land and shed their skins to become like humans. In the story, a fisherman hides one of the skins preventing the selkie from returning to the sea. It also starts with a terrible act, of which more later. (may contain spoilers)*

The story is set in a historical period which is not fully defined but is certainly before the steam age. The fishing village in the Hebrides, is close knit with everyone knowing everyone else’s business. Although they look after each other, and make sure those who suffer misfortune are not left by the wayside, there is still a certain rivalry and gossip is rife. The main occupation is fishing, and the sea claims the lives of men as readily as any other cause. 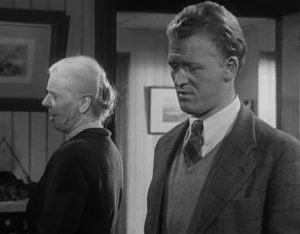 (While reading it, I visualised the characters in the Ealing Comedy “Whiskey Galore”)

I particularly enjoyed the way Su paints a picture of the village’s social interactions, and the dynamic of riding out a scandal by parading in full view; calmly deflecting accusations. Tight knit communities can be wonderful places to live when you feel included, but can be terrifying if you become ostracised.

The ending was particularly satisfying for me. As it approached, just like I always do, I attempted to second guess what would happen. I could only see two possible scenarios and neither of them was really going to please me. It was therefore a blessed relief when Su found a third way that made much more sense than either of my ideas.

The book has received many five star reviews already and I am not going to buck that trend, however, one reviewer was highly critical. I didn’t want to comment on her review and end up with a long running argument, but I am going to address it below. But warning, it may contain a few mild spoilers. 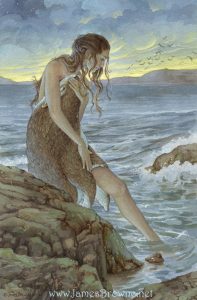 I have tried to keep this from being a spoiler, but if you are the sort of person for whom any clue at all to the story is a spoiler, then by all means stop reading here.

* I said the story begins with a terrible act. An appalling act of violation of a female, which in the modern world is rightly considered unforgivable. The reviewer felt that the act was subsequently glossed over in the story, and that the perpetrator is subsequently portrayed as a hero. As a man, I hesitate to make any excuse, but I feel here that three points are worthy of keeping in mind.

Ultimately, every reader must take what they wish from the story, but in my opinion, it would be a shame to dismiss it because of a lack of understanding of the magical elements.