Ben was the first author, after Oliver, to publish a book under the Blue Poppy name. There was a gentlemen’s agreement from which came a two book series, “Black Lord of Eagles”, and “Fanged Fish”. Since then he has decided he is happiest ploughing his own furrow, but it allowed Blue Poppy to learn some lessons and grow from the experience.

Ben had previously published six books and is well on the way to publishing the next series. 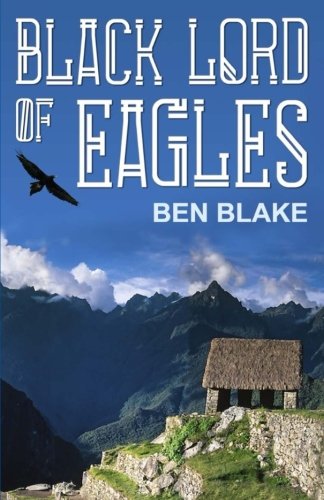 No longer available from Blue Poppy.
With your world-view turned on its head, how would you find the strength to resist?

Black Lord of Eagles is set in a fictional world based on the Incan empire at the time of the Spanish conquistadors. With elements of fantasy and magic, the story tells of how the people resist overwhelming odds and bounce back from impossible situations, including a pandemic which wipes out half the population – worse even than the black death in Eurasia – and the coming of men who should not even exist, armed with weapons of unimaginable power.